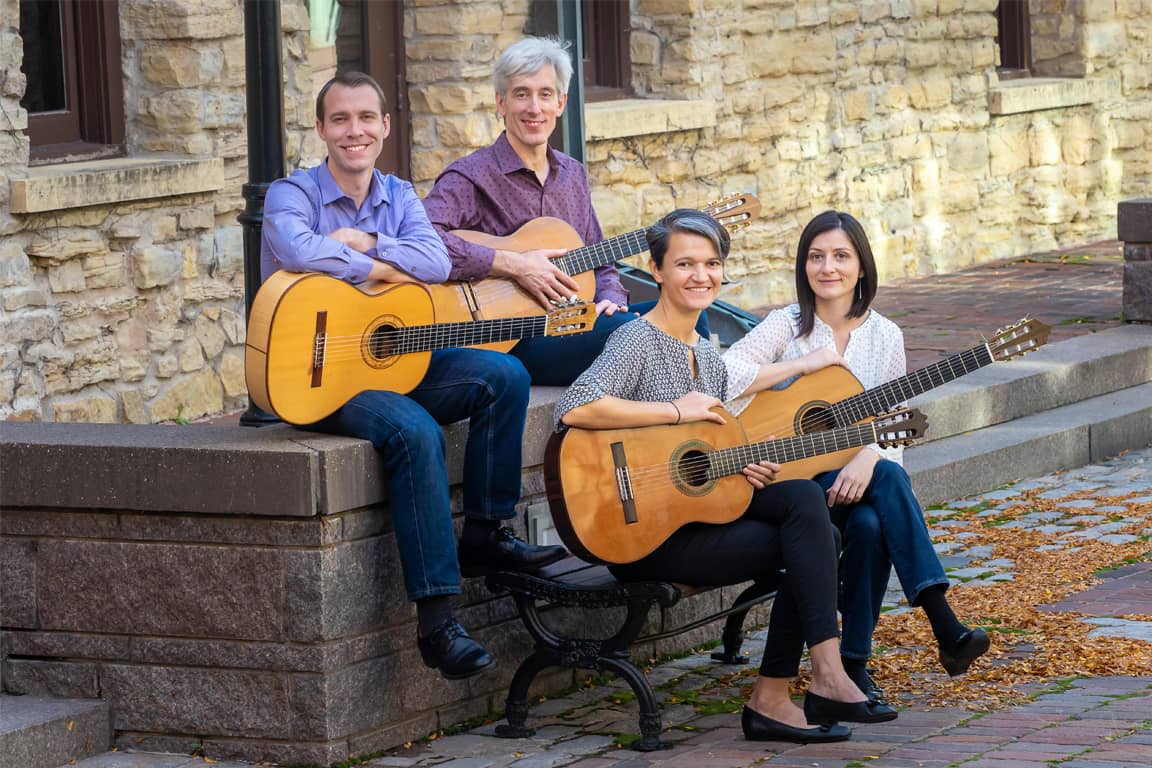 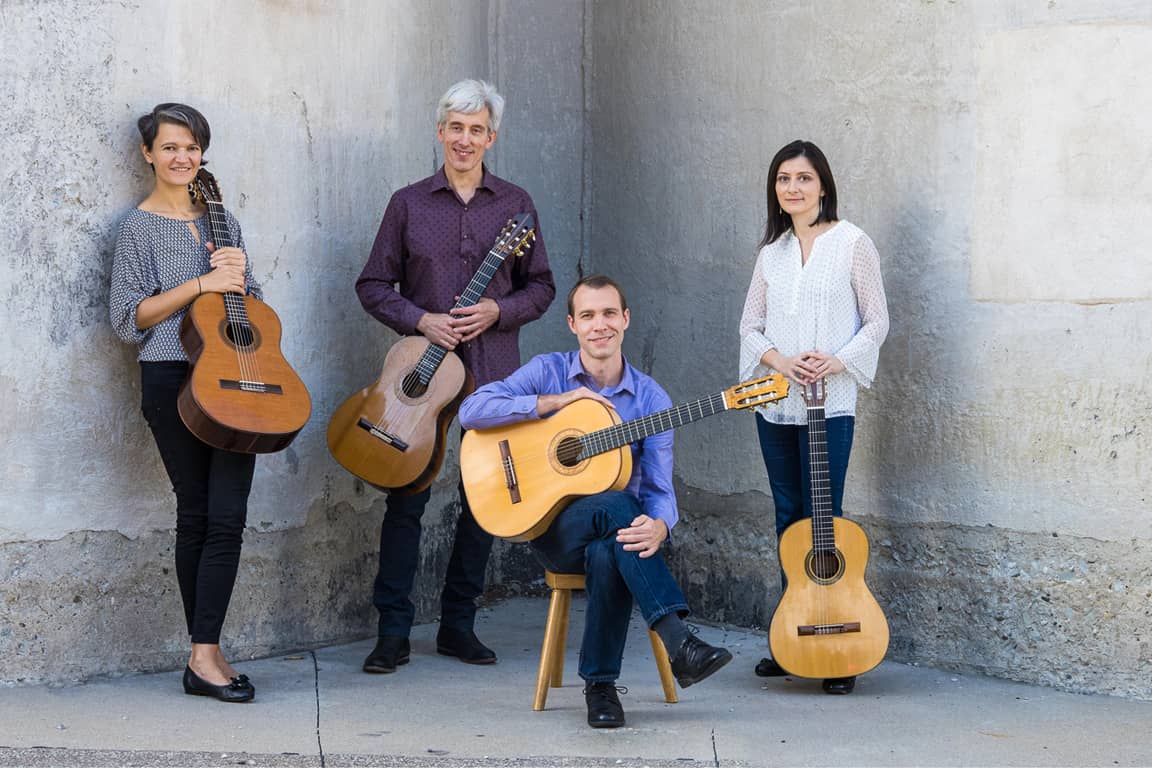 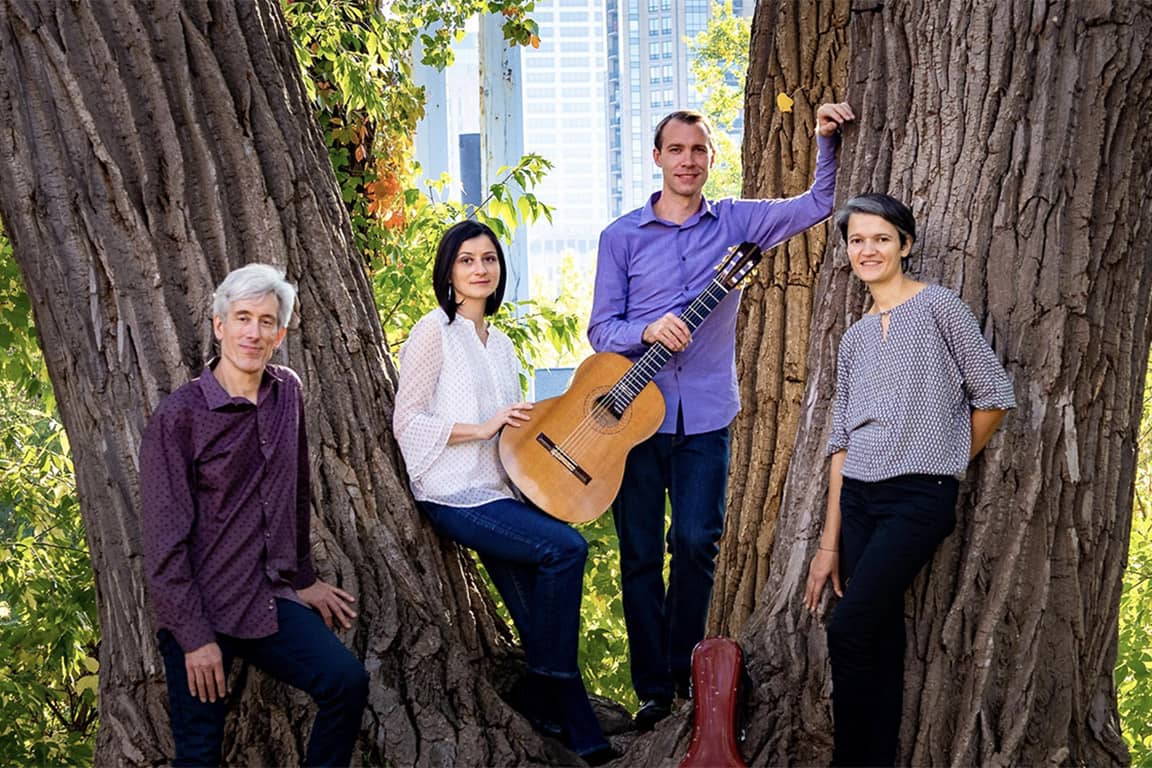 Virtuosic yet contemplative, propulsive yet intimate, the Minneapolis Guitar Quartet has captivated audiences throughout the United States, Europe, and Asia. From J.S. Bach to Piazzolla to Prince, MGQ’s inventive and eclectic programs are enlivened by a bravado and synchronicity that have been honed through decades of classical training and concert experience. The foursome—Joseph Hagedorn, Maja Radovanlija, Ben Kunkel and Milena Petković—builds an uncommon rapport with its audiences through its engaging stage presence and distinctive humor. “More than a guitar quartet, more than superb musicians, and more than a great chamber group,” says composer/performer Daniel Bernard Roumain. “They are ambassadors of sound, style, and substance.”

MGQ’s diverse and innovative collaborations include programs for guitar quartet with choir featuring the recently commissioned work Music of Love and the Stars by notable choral composer Jeffrey Van in addition to arrangements of well-known works by Gabriel Fauré; programs with flamenco dancer Sachiko “La Chayí” featuring music of the great Spanish composers Joaquin Rodrigo and Enrique Granados and contemporary flamenco guitarist/composer Ben Abrahamson; and a full program with Gao Hong, master of the Chinese pipa (akin to a lute), which successfully traverses both character and culture from East to West.

The Minneapolis Guitar Quartet has toured throughout the United States and Mexico, with recent and upcoming tours in China, Serbia, Montenegro, Germany, Macedonia and Bulgaria. Among its notable engagements are residencies at UCLA and Princeton, San Francisco’s Omni Foundation Dynamite Guitar series, Tianjin Grand Theater, Chongqing Guotai Arts Centre and the 2020 Guitar Foundation of America Festival. Concerto appearances include the Austin Symphony, St. Paul Chamber Orchestra, Minnesota Orchestra and Columbus Symphony. MGQ has been heard on the nationally syndicated radio program Saint Paul Sunday, and on National Public Radio’s Performance Today, and has garnered international critical acclaim from its six CDs on the Albany, GSP, and innova labels.

The cultural accessibility of the guitar makes it a natural for MGQ’s various educational and community engagement programs like its popular “Guitar Talk” for all ages. As Artists-in-Residence with Minnesota Public Radio during the 2014 season, the Minneapolis Guitar Quartet performed for elementary school students throughout the Twin Cities. MGQ’s newest educational offering is its “Guitar Ensemble Crash Course”, a 90-minute class introducing participants to the “hands-on” experience of guitar ensemble playing, culminating in a live performance. All members of the Minneapolis Guitar Quartet are collegiate faculty members and frequently conduct master classes and workshops at festivals and universities throughout the United States.

As one of the founding members, Joseph Hagedorn has been with the Minneapolis Guitar Quartet since 1986. He has produced dozens of arrangements for the MGQ and performs on all of the group’s five CD recordings. This native Iowan received his Bachelor of Music degree from Cornell College, and his Master of Music degree from the University of Minnesota. Joseph’s teachers include Richard Stratton, Christopher Carrington, Nelson Amos, and Jeffrey Van, and he has been on the music faculty of the University of Wisconsin-River Falls since 1988. Joseph’s solo and concerto appearances have taken him to more than 25 American cities and Canada. He has been heard twice on the nationally broadcast radio program Saint Paul Sunday, once with the MGQ and again with St. Paul Chamber Orchestra violinist Leslie Shank. In 1990, Joseph was the First Prize winner of the prestigious Guitar Foundation of America International Concert Artist Competition.

Maja Radovanlija was born in Belgrade, Serbia, and completed her Bachelor’s degree at the University of Belgrade, as a student of Prof. Srdjan Tosic. She has been awarded several academic and competition prizes including 1st prize at the International Competition in Kjustendil, Bulgaria. Maja has performed extensively as solo and chamber musician, touring Serbia, Bulgaria, Slovenia, Macedonia, Greece, Tunisia, Switzerland and other European countries. As a graduate student (M.M and D.M) at Indiana University, she studied guitar with Ernesto Bitetti and early music with lutenist Nigel North. Maja’s eclectic musical background includes performances with Mu Daiko Japanese Theater and improvised concerts with guitarist/composer Alex Lubet. In 2011, she was appointed to the guitar faculty at the University of Minnesota in Minneapolis. Maja joined the Minneapolis Guitar Quartet in 2012.

Benjamin Kunkel is an active solo and chamber musician and has given concert appearances across the United States. Recent performances include the Minnesota Guitar Society, Cleveland Classical Guitar Society, Cleveland Composers Guild, Greater Cleveland Flute Society, Heights Arts, and Chamber Music Midwest. He regularly collaborates with acclaimed Minneapolis-based choral group The Mirandola Ensemble. Benjamin earned a Master’s degree at the Cleveland Institute of Music in 2009, studying under world-renowned guitarist Jason Vieaux. While at the Cleveland Institute of Music he was twice awarded the Rosalia Ablan Memorial Prize in Guitar. He earned his Bachelor’s degree from the University of Minnesota in 2007 as a student of Jeffrey Van. Benjamin frequently premieres new works, collaborating with composers to expand the classical guitar’s repertoire and is currently on the faculty of Century College and St. Joseph’s School of Music. Benjamin has the special distinction of being the first native Minnesotan to be a member of Minneapolis Guitar Quartet, which he joined in 2014.

Born in Prizren, Serbia, Milena Petković has performed in Hungary, Italy, Serbia, Bulgaria and the United States as a soloist and chamber musician. She has played in a wide variety of ensembles, including guitar duos and with flute, violin, and voice. She has received awards in competitions at the International Guitar Festival in Bulgaria and the Guitar Open Festival and Naissus Festival in Serbia. Milena received a Bachelor of Music Degree in Novi Sad, Serbia and she holds a Performer’s Diploma and Master’s Degree from the Jacobs School of Music at Indiana University, where she studied with Ernesto Bitetti. Milena is currently in her final year of doctoral studies at the University of Minnesota, studying Guitar Performance with a minor in Music Education. Milena’s teaching appointments include The Saint Paul Conservatory of Music, St. Joseph’s School of Music and McNally Smith College of Music. She has also worked with the Minnesota Guitar Society for their Guitar In Our Schools program. Having joined in 2021, Milena has the special distinction of being the second Serbian native to be a member of the Minneapolis Guitar Quartet.

“The MGQ’s playing is faultless. They are expressive, with a large dynamic and timbral range, perfect ensemble, and an inventive approach.” 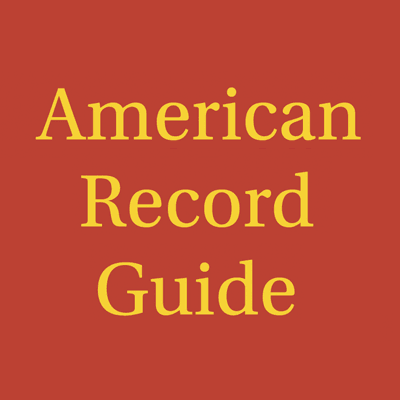 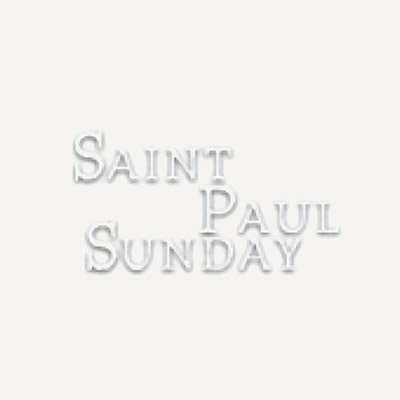